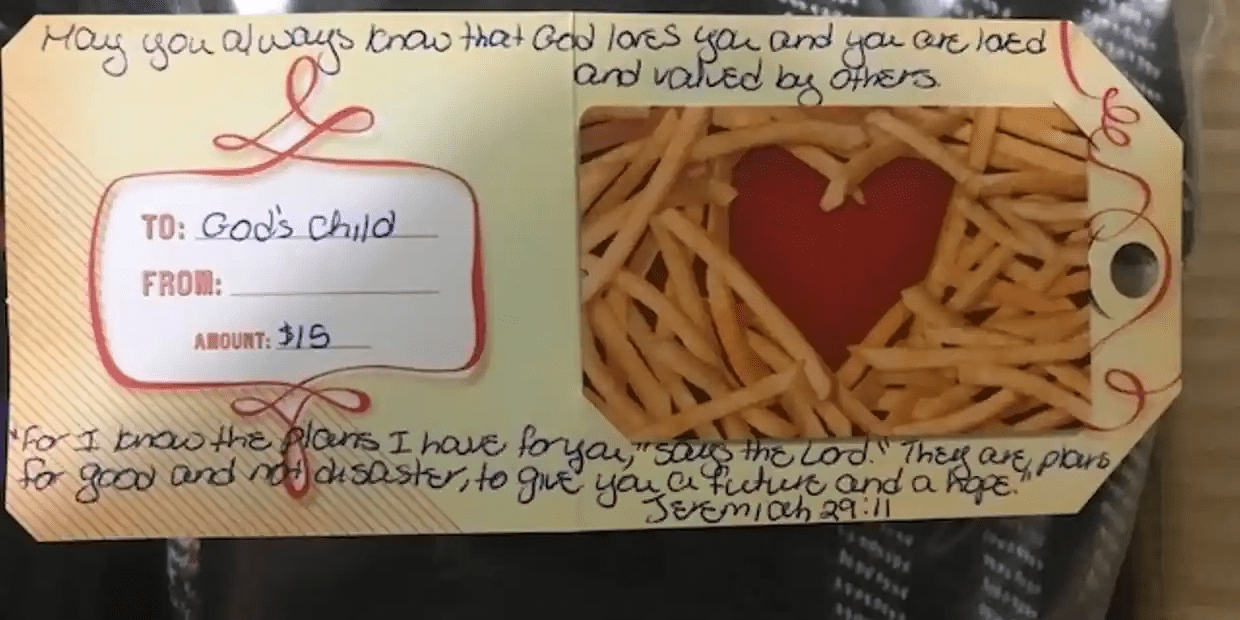 After church we were about to pass a park with two homeless men and decided to stop and give them the last two blessings bags we had in the car. Curtis got out and gave one to the first gentleman and then the second. The second man, who we will call Tony, said he was praying for food because he only had $0.85 to his name and he didn’t know how he was going to eat that night, without going through the garbage.
Curtis gave him one of the blessings bags we created which had a Clif energy bar, hat, scarf, gloves, hand warmers, toe warmers, socks, a rain poncho and, most importantly for Tony, a $15 gift card to McDonalds (which was right up the road). Tony cried. Literally sobbed, and asked Curtis if he was an angel. He told Curtis how he was looking through the trash for food at another fast food chain and the workers ran him off and were really mean to him. You could see the hurt and embarrassment in his eyes as he told the story. He was hungry and only trying to get food the best way he could. Curtis prayed for him, and Tony cried again. Tony has a family. Children and grandchildren. And he’s living on the streets hurting. Curtis told him God loves him and he loves him and he just sat and spent time with him so he would have someone to talk to (which is so important when you live on the streets). We never know who we will meet and what a difference we can make in their lives with just the smallest gesture. 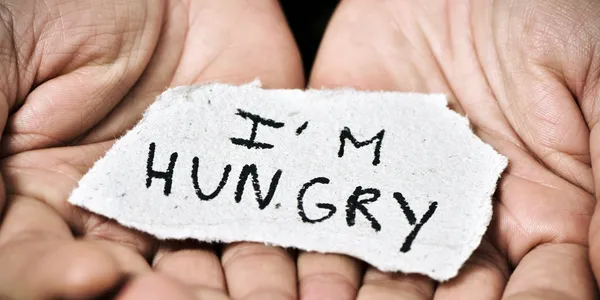 The F train wasn’t working. The F, the G, the E, you name it, every train I needed to get home wasn’t working! So I left the train station, slightly annoyed (more than slightly annoyed honestly!) and trying to figure out how I was going to get home. So I decided to take the 1 train to Penn Station and take the LIRR. I started to walk toward 56th street and go up, but felt lead to go up 55th street instead. I had a meeting to get to by 7:30p and it was already 6:15p so I was pressed for time! As I was walking up 55th I saw a woman and two children (roughly 10 months old and 6 yrs old) on her hands and knees digging through a pile of garbage chest high looking for food.

People walking by would slow down to look at them, but they but kept walking. I stopped and asked the woman if her and her family wanted to get something to eat, but she didn’t speak English and pointed to the 6 yr old. The little girl was able to translate what I said, they agreed and we walked to the diner at the corner. I had missed the second woman that was with them, I assume she was on the other side of the garbage, but she came along too. I spoke with the manager of the diner and asked him if they could take their order, get them a second meal to go and charge me. He was really nice, got their order, and let me pay. He even translated for me how to say “May God Bless you” in Spanish before I left (“Que Dios te bendiga”). I was able to say that one word of blessing over the family before I left.

Moral of the story #1 even when you are busy and rushing from point A to point B taking a few minutes out of your day to help someone else means the world to them! #2 God directs our steps and every delay isn’t an “inconvenience” for no reason. And as a side, I still got to my meeting 10 minutes early!

Homeless outreach in the Bronx 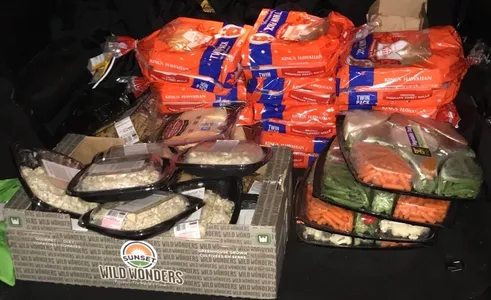 24 packs of Hawaiian roles, 40 pounds of chicken salad, 4 vegetable trays, 7 large packs of assorted cheeses and 3 large containers of chocolate chip cookies donated to God’s Blessings Plan and in turn delivered to people in need of a meal and love. 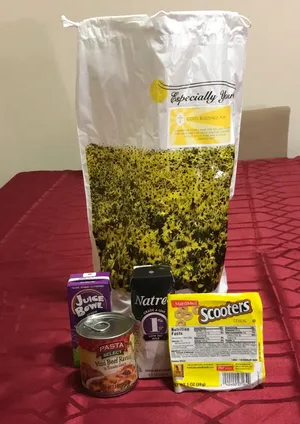 We were able to provide 100 blessings bags to those in need in the Bronx and Long Island. 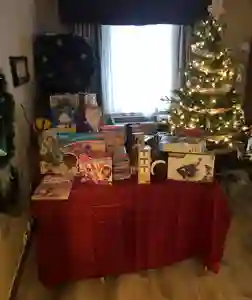 We received a call from the Housing Director at a shelter less than 2 weeks before Christmas, desperate to get the children in his facility to not be left out during the holiday. The final request came in to provide toys for 500 children in 5 different sites. God’s Blessings Plan was able to not only provide the toys needed, but also to bring the holiday spirit to the shelters. Unfortunately shelters do not allow residents to decorate during the holidays for fear of it being a fire hazard. We traveled to 4 different sites and fully decorated the each area we gave out the toys, brought a DJ and laughed and danced with the families on Christmas Eve. Many of the families lingered for hours with us just to be able to experience the holiday joy! 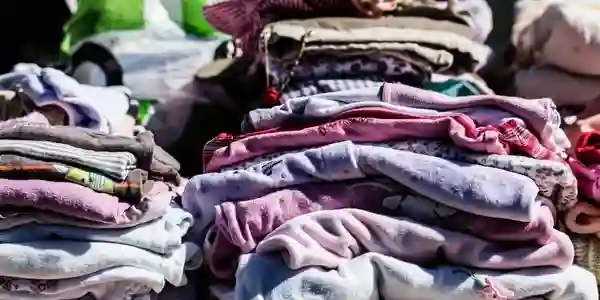 A fire completely destroyed an apartment complex in which 16 families lost their homes and all of their personal belongings. God’s Blessings Plan was able to step in and provide clothing, some household goods such as bedding and baby supplies, as well as coats and shoes. Over 400 items were distributed to those in need through partnership with a local church.

Through partnership with a local church in Brooklyn God’s Blessings Plan was able to provide professional clothing, shoes and high end purses to over 50 women living in a domestic violence shelter on Mother’s Day. The women were able to try on the items after getting manicures and having their makeup done, which was provided by the church. After having a day of pampering and then being able to see themselves in clothes they otherwise would not have had access to, helped the woman regain a confidence that had been chipped away.

Blessings Bags outreach in the Bronx 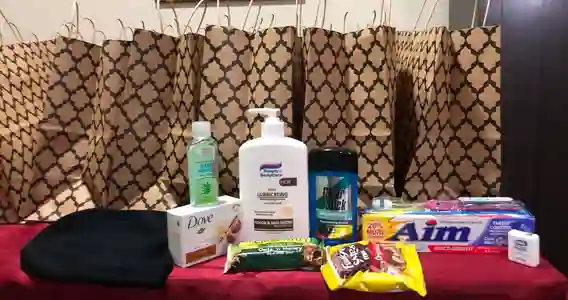 God’s Blessings Plan was able to provide blessings bags to over 100 families getting assistance from a food pantry in the Bronx. It allowed children the confidence to go to school without the embarassment of being teased by their classmates. Parents are able to go to jobs and interviews without their hygiene being an obstacle in their career. They are also able to stretch their extremely limited budgets even further each week. The things we take for granted each day can provide a stepping stone to success for those in need.

Are you passionate about what we're doing? Let us know! We are always looking for volunteers to help us make our vision a reality. We'll help you find a way to volunteer that best suits you. We're excited to have you join the team!

Drop Us A Line! 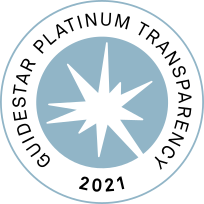